THE WHEELS ON THE BUS 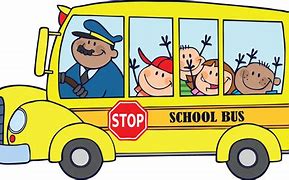 It’s that time of year again! School buses will dot our roads, reminding us that the summer lull in traffic (unless you are beach bound) was temporary. The weather cools, the leaves crisp, and our favorite coffee purveyors add pumpkin flavor to our morning brew. Our youngsters have headed back to school, a bittersweet rite of passage for both students, teachers, and those raising children. We will hear the popular refrain of that popular American folk song, “The Wheels on the Bus,” while kids pursue their education (and adults drink pumpkin lattes.) Verna Hills wrote and published that song in 1939, and yet it can still be heard from children on bus trips in the United Kingdom, the United States, Australia, and Canada. Hills supposedly based the song on fellow traditional British song “Here We Go Round the Mulberry Bush,” another earworm still popular among the preschool set.

While students inside the buses may be singing this song, and possibly others such as “One Hundred Bottle of Beers on the Wall,” drivers will hear another familiar message: “School’s Open – Drive Carefully.” The American Automobile Club of America (AAA) began its annual back-to-school safety message in 1946 to caution motorists to watch out for children traveling to and from school. They also remind drivers to obey traffic laws requiring stopping for those big yellow school buses with flashing lights.

Did you ever wonder why school buses are yellow? It wasn’t always that way. In 1939, the same year “The Wheels on the Bus” was published, all school buses in the United States were standardized to have the same color. As a result, the color — which isn’t precisely yellow (a mixture of bright orange and soft yellow) — is officially known as “National School Bus Glossy Yellow.”

A professor at Columbia University named Dr. Frank Cyr conducted a decade-long study of safety standards in a nationwide school transportation system. As a result, Dr. Cyr recommended the uniformity of the school transport vehicle colors. Red, regarded as the most-attention grabbing hue, was rejected because it generally signifies danger. Instead, yellow/orange was the choice since it also stands out. Furthermore, it was a color that could be easily depicted when children would be boarding buses, in early mornings, when fog and other weather conditions could cause visibility problems. These two colors were used precisely because they are the most eye-catching for a popular hamburger chain. It should be no surprise that the “golden arches” resemble a hue similar to American school buses.

Schools will be closed this Labor Day weekend, but that doesn’t mean you shouldn’t sing favorite songs as you drive along our roads. So whether your vehicle is white, red, blue, or yellow, we invite you to drive to Good Shepherd this Sunday, September 4th, for worship. We gather at 8:00 AM for half-hour outdoor worship service (weather permitting, 10:15 AM for a Morning Matin Prayer service with Holy Communion, and again at 6:00 PM for Responsive Prayer.