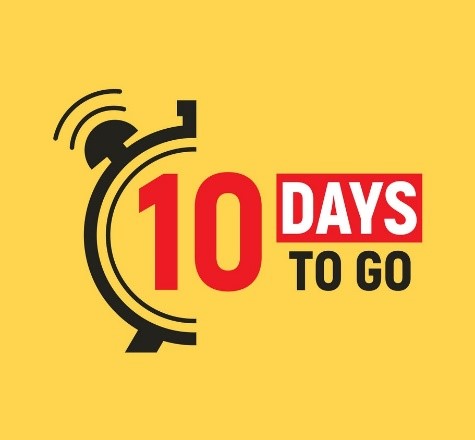 Counting down to all sorts of days and events seems to be the norm. It’s a way to build anticipation, quantify, and manage our excitement as big events come ever closer. But, according to historian Alexis McCrossen, a faculty member at Southern Methodist University who studies the history of timekeeping, the practice of counting down to anything was practically nonexistent before the 1960s and 1970s.

One of the earliest known uses of a countdown was in a science fiction film called Woman in the Moon. Austrian filmmaker Fritz Lang used a countdown in the 1929 movie to feature a dramatic rocket launch. His purpose was not to precisely synchronize a team working together but instead to create dramatic suspense. Rocket scientist Werher von Braun was a fan of the movie and decided to bring the countdown schtick with him when he brought his vocation to America.

With the Cold War’s threat of nuclear destruction in 1947, the Bulletin of the Atomic Scientists introduced the “Doomsday Clock,” a frightening tool that would help count down to the apocalypse. A decade later, in 1957, in order to escape reality and return to fiction, Alfred Hitchcock domesticated the atomic countdown in a made-for-television movie Four O’Clock.

Countdowns transitioned to more positive associations in 1961 as some 45 million Americans listened to the national nightly news for the countdown of the successful launch of America’s first human-crewed space flight. The height of the countdown enthusiasm was reached on June 16, 1969, as 500 million people around the world joined in counting down the launch of Apollo 11, the spacecraft that would deliver three men to the moon.

The earliest celebratory countdown to ring in a new year was attempted a few seconds before 1958. Broadcaster Ben Grauer, perched overlooking Times Square, cajoled his radio listeners and crowd below into joining him in counting down the last few seconds of 1957, which received little traction. Dick Clark’s New Year’s Rockin’ Eve, debuting to welcome 1973, reintroduced Grauer’s effort, which became a New Year’s Eve tradition. By the end of the 1980s, countdown clocks were installed in Times Square to heighten the exuberance.

We maintain the countdown enthusiasm as we countdown the ten remaining days to celebrate our Lord’s nativity on Christmas Day. As the days and hours wind down in the Season of Advent, we invite you to join us to mark the final Sunday of Advent and the one-week countdown to Christmas morning. We welcome you to worship this Sunday, December 18th at 8:00 AM, 10:15 AM, and 6:00 PM. Our Sunday School students will make a special Advent presentation at our 10:15 AM gathering.